Are you sure you would like to delete this image? 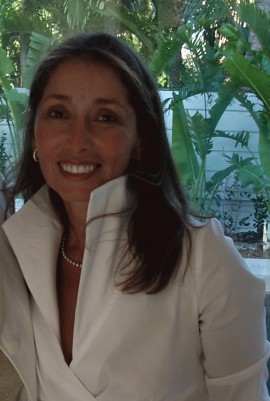 Born in , Gigi Antunez de Mayolo has spent a lifetime exploring the nature of humanity. Married at a young age, Gigi has lived in places both rural as well as cosmopolitan, from tiny villages in the Peruvian Amazon jungle and the northern Peruvian desert, to the sprawling cities of and . A mother, psychologist, tireless fundraiser, religious leader, and an advocate of childrenâs rights, Gigiâs latest incarnation as an artist began in 1998 under the tutelage of Jaime Ferrer. Her figurative studies on light and color have been displayed in group shows sponsored by the Miami Dade County Hispanic Affairs Advisory Board and the Riviera Country Club, among others, and in a solo exhibition at KAPZ Artmosphere in 2003.

Music in a Foreign Language in 2004 marked Gigiâs departure from the figurative into the expanse of the abstract.

After she relocated permanently to in 1992. Gigi started then her search of personal expression in plastic arts. She took classes of Interior Design, Artistic Drawing and Art History at and . Since 1998 she has dedicated herself completely to painting as art expression, studying initially at the Art Institute of Miami and then at Studio 1156, in the atelier of the recognized Chilean painter Jaime Ferrer.

Gigi has traveled extensivily to the most important artistic centers of and the . She has an active contact with the principal museums and makes an effort to nourish herself with the work of contemporary and classic artists.

She has several exhibitions in her portfolio, that include being selected as a participant artist the Hispanic Art Expression from Miami Dade-County since its iniciation in 2000, Riviera country club annual Art Exhibit and collective exhibits at Luzma Gallery, Pursuing Instincts (Grove Isle) and Studio 1156. In 2003 Gigi had her first solo exhibit at Kapz Artmosphere, .